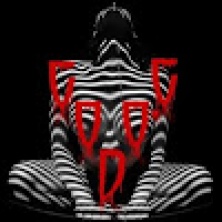 Four musicians with decades of experience, who played every possible musical genre: rock, metal, prog, pop, disco, blues, jazz.
They have been on stage in whole Italy, most of Europe and in some venues in North-Centre-South America and Asia.
From the smallest venue in the countryside to the largest festival in Latin America: the long-lasting battling in the trench of rock'n'roll has strengthened these music soldiers and has made them able to play almost every song in an instinctive way.
Much time has passed since the four friends wanted to join, with the aim to share stage and fun, and GodoG is the chance that they were waiting for.
GodoG means classic and immortal rock, played with full power; rock monuments are carved live for the audience. A clear intention: simple and amusing rock, you can move according to kick drum and snare, you can get hot with power chords, you can refresh with beer!
And all the show is dressed with much self-irony, natural way for musicians that with decades of releases and concerts in their pockets do not need neither to demonstrate anything, nor to pose as stars; just with the intent to let the audience have fun and fun.

Um aufzutreten brauchen wir: Requested room: 4mt X 2mt is enough, electric power 220 volts supplied.
We can provide a small P.A., up to 100 people attending.
For larger venues a P.A. is requested, with proper watt power and a mixer, 8 channels at least