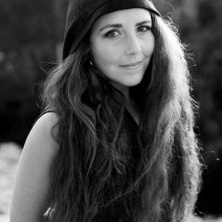 Razteria can be described as a fusion of Marissa Monte, early No Doubt, and Steel Pulse. Her music unites Reggae, passionate Latin grooves, Rock, powerful messages and musical genius. Described as 'musically adventurous' and 'a one of a kind breaking of all rules' (1), her songwriting reflects her passion and strong commitment to social justice.

Razteria is currently in full production mode – her fifth album will be released in 2015. Tours are being scheduled in South America (February 2015), Europe (April 2015), and the United States (Summer 2015).

In March of 2013, for International Women’s Month, Razteria joined the stage with Irae Divine, Queen Makedah and Sol Atash for the Empress Meditations Women for Peace Tour, an exciting and unique female showcase that delivers reggae and world music influences from all over the globe in 6 different languages. The tour, backed by the Fyah Squad Band, visited many cities on the West coast while raising contributions for A Safe Place, an Oakland based charity supporting victims of domestic violence. Razteria & Empress Meditations continue to perform in support of community-based organizations such as Bread & Roses.

Liederliste
We play original tunes plus traditional latin american and a few cover songs.
Biographie
Razteria = a Fusion of early No Doubt & Sade.

Her music unites Reggae, passionate Latin grooves and Rock, powerful messages and musical genius. Described as “musically adventurous” and “a one of a kind breaking of all rules”, Razteria’s songwriting reflects her passion and strong commitment to justice.

2013 MAZ RAZ Album: Since the summer of 2011, Razteria has been producing/recording her 2013 album at Live Oak Studio, Berkeley (Destiny’s Child; Tony Toni Tone; Too Short). The album features an eclectic mixture of originals and covers including “Where is my mind” by the rock band The Pixies, “Chorando se Foi” (Lambada) by Bolivian folk group Los Kjarkas and “There is no End” by the legendary roots-reggae band The Abysinnians. MAZ RAZ was released Jan. 19, 2013 at the Rockit Room, San Francisco. Available on all major online retailers. Check out CDBABY – MAZ RAZ .