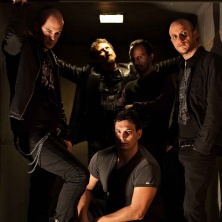 Band - A show of good energy and amazing music!!!

We play our original songs. We are not a cover band.

We bring our personal material:

Biographie
Dangerego was born in 2005 in the region of Florence.
The band produces original songs and played on the most prestigious Italian and international stages.
In september/october 2014 the five musicians were on U.S.A. tour, where they also participated successfully in Fall Jam Fest 2014, with bands such as Otherwise.
They signed in january with Sliptrick Records label, with whom they will release their new album the next september.
They will be in international tour the next october to introduce the new album.
Pressefoto