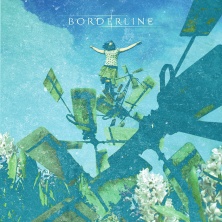 Band - Borderline is an alternative rock band formed in 2013 in Switzerland.

Biographie
Borderline is an alternative rock band formed in 2013 in Switzerland.
The band is formed by a drummer, a guitarist and a singer. 3 completely different musical
worlds that come together: funk, blues and rock.
Their first album will be released in September 2014, and will include 10 tracks.
Borderline will be on the road starting next autumn.
Pressefoto
Press Book